The Sleep Gunner has somehow been chosen as Album Of The Week on Josh Rutner's (usually) exceedingly tasteful and (always) well-written blog. Here it is.

We had a good little run of shows the last few months. Always interesting to see what happens after taking a half-year break: turns out we've gotten quite a bit more focused on sound and texture rather than the good ol' guitar rambling. If three people said basically the same thing after every gig then it's probably true.

Also, this might have been the first run where really every gig was quite a pleasure, still feeling ok about it the next day. For some reason that seems special: no disasters whatsoever.

Since there's no outstanding shows, we are probably taking another little break, let's see what happens next.

Especially the show in Baarle-Nassau proved quite memorable, sharing the bill with Dutch heroes Michael Moore and Joost Buis. Guess we were quite in shape, for a very attentive audience, a recording was made.

And here's the last 2 vids we busted out last winter, took a while to 'produce'.


It's fairly quiet and peaceful on the action/gig front lately, part of our usual biannual relaxy time period. Although we did make a bunch of new wallpaper video's last winter. To get you through summer. We try to keep up and put them on our video page. 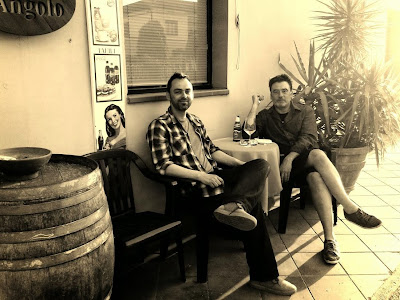 Here's a picture that has nothing to do with the review. It does however have some connection to the wonderful live album that we recorded in Italy last year, and 'released' on bandcamp that same last year, even though we never mentioned it here at Central Headquarters.

Until now that is. Here is where you can hear (or even buy) it. It's called 'Christ Stopped At Nodica', and it's our best work so far. 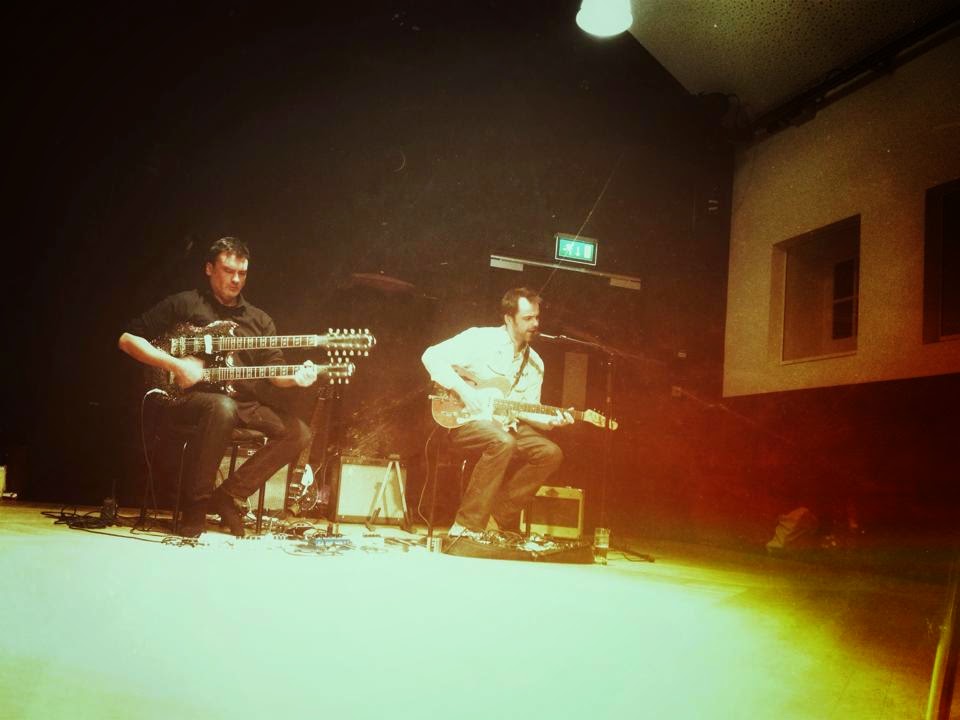 Although almost ruined by the bluntest, most-uneducated, darkest bartender-lady in history (one had to take a deep breath before daring to order another beer), it was all too lovely being invited to play at one of our favorite music hero's party. Yet another pic by the wonderful Francesca Patella. 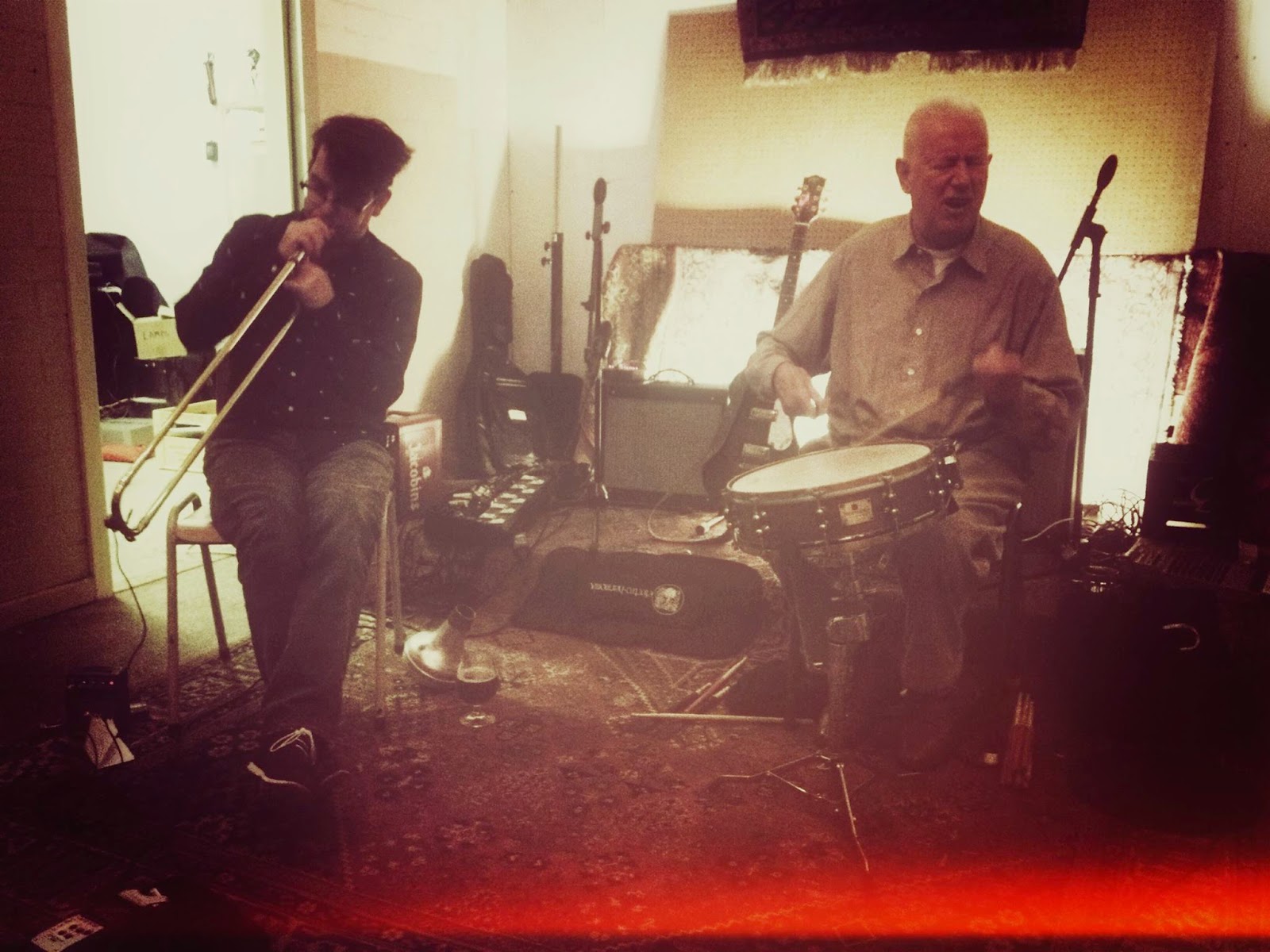 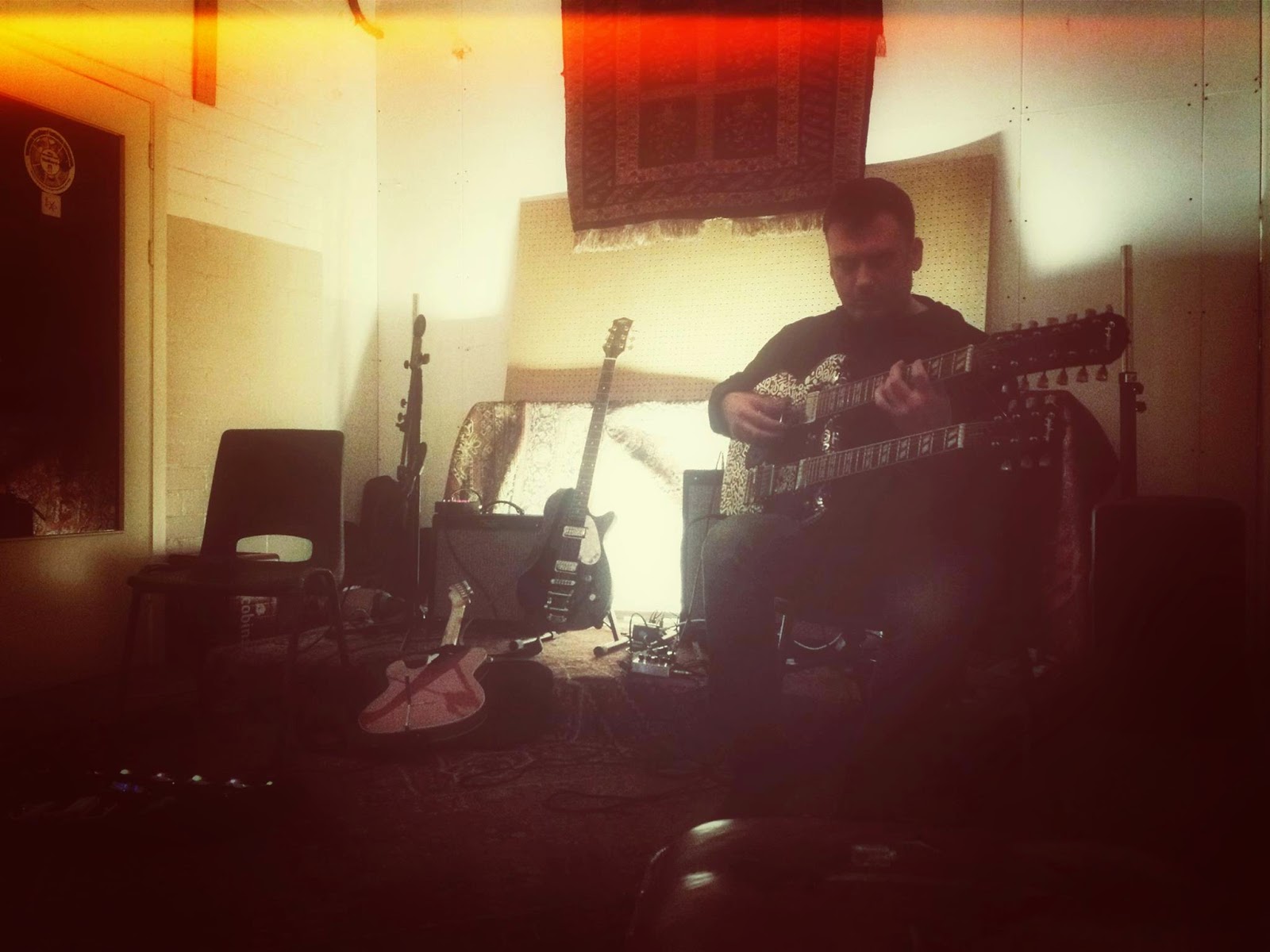 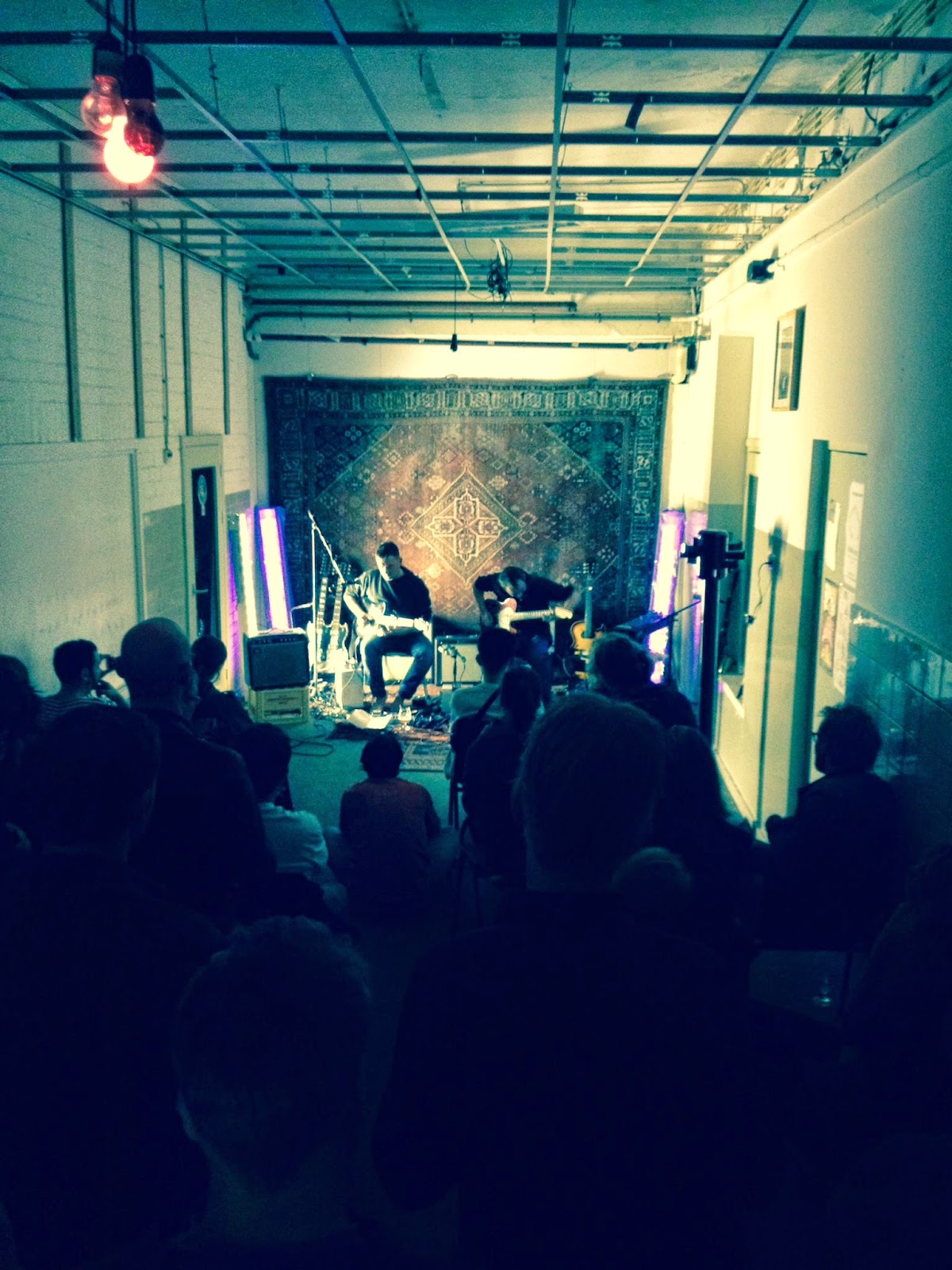 Our new series @Butcher's Tears where we invite local heroes to do something/anything with 20th century vocal music, and next to that, force ourselves to play an out of the ordinary Sleep Gunner set.

Here's some footage of our esteemed guests:

Sleep Gunner is a pair of Amsterdam-based drinking buddies that has fallen hard for the music of 1950s Alabama heartbreak duo The Louvin Brothers.

Tragically we ourselves don't sing, at least not in front of other people. So we're left with trying to translate Ira and Charlie's high lonesome twists and turns of melody into something that can be delivered via two guitars (two and a half if you count the doubleneck). The lyrics, a curious mix of repeated abandonment by cold-hearted women and stern-yet-dubious Christian moralizing, you'll have to Google for yourself.

The music that we both normally (separately) play isn't very much like bluegrass, gospel, or early country music at all, and thus Sleep Gunner is no attempt to be truly authentic in any of these styles.

But it's also no attempt to be remotely ironic; we're looking for a tender balance between staying true and respectful to the original performances and staying true to our modern, arty, guitar-playing selves, for better or worse.

The fruits of this to-be-ongoing labor will be regularly posted here. In video format, of course, as testimony to Sleep Gunner's awesome stage presence and fashion sense. Also so as not to add to anyone's already-towering stack of unlabeled, forgotten CD-Rs....